Wigs were a marker of social class and nobility in the United States during the Revolutionary War. Wig wearing commanded prestige and honor, later becoming an integral part of the historical image our country’s forefathers left behind them. Re-enact met with Betty Myers, master wigmaker at Colonial Williamsburg. Myers gave us a brief history of military-style wigs — who wore them, in what styles, and a few little-known facts about the historical trend. 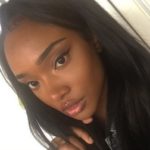 Cheyenne Lee began her journalism career in August 2012 as a fashion blogger and intermittent photographer. As her interests grew, Lee began traveling the world in search of new adventures and opportunities to write about fashion and culture. In 2016, she graduated from Syracuse University with a bachelor’s in communications and rhetorical studies. Now, she’s finishing up her master’s in Magazine, Newspaper and Online Journalism. Hailing from a strong military background, living history has always been a part of Lee’s life. It is through the war stories and tales of sacrifice shared by her step-father and brother that Lee embraced history. Now, Lee is focusing her artistic talents on bringing Re-enact to life.