Wiping sweat from his round glasses and with his gray hair just visible under the red bill of his cap, Brad Shaw, the president of the Flemington Neshanock Base Ball Club, paces across the bright, green grass, counting out distance markers along the way as he begins to turn the grassy field at the Howell Living History Farm in Lambertville, New Jersey into a baseball diamond. The temperature approaches 90 degrees on this Saturday in mid-June. Players from the club trickle in, and Shaw shouts greetings to them as they arrive. After all four bases are in place, Shaw walks back and huddles with his team.

With the sun shining overhead, they talk about the upcoming game and begin to put on their red-trimmed, light gray jerseys. But, unlike something Noah Syndergaard or Mookie Betts might wear, these uniforms feature long sleeves and a heavy cotton fabric that looks like wool from a distance. Paired with the players’ oversized hats, the uniforms resemble something out of a history book.

And, in fact, they are. Shaw and the Flemington Neshanocks are a group of mid-19th-century baseball recreators. They play all of their games according to the sports’ early rules and occasionally compete at war re-enactments, demonstrating how men, and often soldiers, of the 19th century spent their leisure time and educating people on the origins of some of this country’s most iconic sports. Even their name, Neshanock, is a reference to the past. The nickname, stemming from the Lenape Indian word for Black River, was used by an actual team that competed in Flemington, New Jersey, between 1866 and 1867.

However, noticeable differences exist. Pitchers throw to batters underhanded, for example, and outs are recorded if the ball is caught on a bounce. Shaw and his team compete against more than 20 other teams in the mid-Atlantic region who play by the same rules, and participate in about 45 to 50 games per year. “I always tell people my two favorite places in the world are Colonial Williamsburg and Yankee Stadium,” Shaw says. “The thing that I’m looking to do is spreading education. I want to show people the way the game used to be played.”

That means fact-checking some of the mythology. For years, the commonly-held theory was that Abner Doubleday invented baseball in 1839 near Cooperstown, New York. That theory retains its popularity, but it has been proven false multiple times. Author and historian David Block investigated and disproved the idea that Doubleday created the sport in his 2005 book Baseball Before We Knew It. In the book, Block discusses different sports played before the 1840’s that bear a resemblance to baseball. The original English spelling of a similar game, base ball, first appeared in text during 1744, and the sport became a well-known children’s game during the mid-18th century. Rounders and stoolball — two ball games where teams competed against one another — were both popular English sports played during this time period. Block argues baseball evolved from these and other games played during the 18th and early 19th century, eventually turning into the version re-enacted by vintage teams such as the Flemington Neshanocks, Elkton Eclipse, and New York Mutuals.

Larry McCray’s website, Protoball, adds to Block’s research. McCray, a former program director of the National Academy of Sciences/National Research Council, launched the website in 2005 as a medium to discover and host records of ball games played prior to the formation of baseball. A large group of researchers, called diggers, search for information about these games and record them as entries on the site. “There are lots of volunteers who really like to do this kind of thing,” McCray says. “There’s really more data than most people would expect, just because some people really have fun digging around for earlier examples of things.”

Protoball diggers have uncovered information regarding 125 games that preceded baseball. “What I was interested in was the earliest data on what ball games — what I call base-running games — were being played,” McCray says. “Even if it’s just a letter that a guy writes to his brother in college [about games in the late 1700s]…It’s a progression, as we learn more about lots of large and small details.”

Block also explores the origins of cricket, a bat-and-ball game still played worldwide, and wicket, an early town sport popular in New England. While both were played during the American Revolution and throughout the mid-18th and early 19th centuries, Block argues that these games differ in distinct ways from baseball. Modern baseball terms — like inning, umpire, run, and out — come from cricket. But, Block says, there is no direct evidence that supports the theory that these games contributed to the development of modern baseball. Instead, cricket developed as its own sport. The first documented rules of the game appeared in 1744, according to Tom Melville, cricket historian and author of The Tented Field: A History of Cricket in America.

Both British and American soldiers played a version of the sport during the American Revolution and in 1779, two cricket clubs formed in New York. Cricket was also played in different cities across the country, most notably in Philadelphia, until the mid-1800s. But, the sport’s prevalence faded with the rise of baseball. Melville says that cricket flourished in various countries around the world, but struggled to develop a cultural identity in America as baseball gained popularity. “Cricket failed because it didn’t establish an American character,” Melville says.

But, cricket’s popularity in the 18th century means that those devoted to recreating that time period sometimes play it. At an American Revolution re-enactment in late May in Newbury, Massachusetts, Brian Sheehy, president of the Essex Base Ball Club, organized and participated in an authentic, 18th-century cricket match. Sheehy and members of his club typically play in early base ball recreations, but the Revolutionary War re-enactment was on their home field. So, his group decided to try something new. “Whenever an opportunity arises to try a game, I try to participate,” Sheehy says. “It fit the time period, and I always wanted to do it. There was a lot of confusion about what was going on, but we tried it.”

Thanks to that enthusiasm, Sheehy has considerable experience participating in early ball games. He teaches a class at North Andover High School in northeast Massachusetts called Sports of the Past. Six years ago, Sheehy, who teaches in the school’s history department, had an opening in his schedule and was assigned the responsibility of instructing physical education classes. Sheehy says he decided to develop his own, unique gym period, which blended his interests of history and sports. “It’s been running strong,” Sheehy says. “The students like it because it’s different. In most gym classes, you play traditional football, traditional baseball. You play the sports that are kind of normal. We play a lot of games that are different and they learn the history behind them.” Sheehy’s class focuses on sports that are no longer played, like wicket, rounders, and stoolball, along with early versions of football, soccer, cricket, and rugby.

Sheehy begins each lesson with a history of the sport his students will play. Next, he explains the rules and regulations, and lastly, the students have a chance to experience the game through recreation, which Sheehy oversees. “It just gives the students a deeper understanding and view of sports in this country and in other countries,” Sheehy says. “There are always new games to learn and different games to try.”

Shaw and the other members of the Flemington Neshanocks share a mutual curiosity and interest in exploring games from a different era. After the fifth inning of the Flemington Neshanock Base Ball Club’s recreated game against the Diamond State Base Ball Club, Shaw approaches a small group of onlookers. He points to umpire Sam Bernstein — who wears a tall top hat and a 19th-century black suit — and explains that players are attempting to act on a new finding regarding the game. In previous contests this season, Bernstein made every call on the base paths, just like a present-day umpire. But, after some recent digging, Shaw and members of the Flemington club found that this may not be historically accurate. Instead, they discovered that during the mid-19th century, the umpire’s judgment was sought only if the players on the field failed to agree on a play’s outcome. So, the teams adjusted the rule, in hopes of making that day’s game more authentic. “A good team is always tinkering,” Shaw says.

Shaw walks away from the crowd and back to where his team is huddled. He turns his attention back to the field, claps his hands together and shouts words of encouragement as the next Flemington batter approaches the plate.

The Neshanocks go on to split their doubleheader with the Diamond State Base Ball Club, falling 17-9 in the opener before capturing a 16-6 victory. Shaw and the entire Flemington squad pack up their equipment and head home for a six-day rest before traveling to the Ryerss Museum & Library in Pennsylvania, where they will face the Philadelphia Athletics the following Saturday. Their 2017 record currently stands at 6-4. 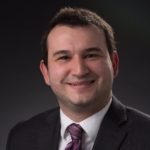 E.Jay Zarett is a senior editor at Re-enact. He is a graduate student at the S.I. Newhouse School of Public Communications at Syracuse University studying Magazine, Newspaper and Online Journalism. He grew up in Sayville, New York, a small town on Long Island. He is a 2016 graduate of Binghamton University, where he earned bachelor’s degrees in both English and political science. At Binghamton University, E.Jay served as the sports editor of the independent student newspaper, Pipe Dream, and while at Syracuse, he was the lead sports producer of thenewshouse.com.