Wheatley was taken from her home country of Senegal/Gambia, West Africa at the age of seven to become a slave for the Wheatley family in Boston. She published the first edition of her collection of poetry, Poems on Various Subjects, Religious and Moral in 1773. This was the first volume of poetry by an African-American to be published in modern times. Her work continues to be admired by writers and scholars. Wheatley’s work helped to break down a barrier for African-American’s in literature. 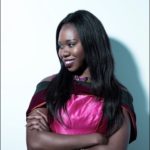 Rukayat Oloko is an orange woman always. She graduated from Syracuse University with a degree in Creative Writing and Political Philosophy from the College of Arts and Sciences in 2015 and is currently a graduate student at the S.I. Newhouse School of Public Communications studying Magazine, Newspaper and Online Journalism. She is passionate about discussing issues regarding diversity and hopes to use her career to tell stories regarding people of color.