Historical interpreter Ian Mumpton takes Re-enact through the Schuyler Mansion in Albany, New York, where Alexander Hamilton’s in-laws, Philip and Catherine Schuyler lived and raised their children. Philip Schuyler was a major general during the Revolutionary War, later serving as both a New York State senator and a U.S. senator from New York. The mansion, where Schuyler lived until his death in 1804, is now considered a national historic site. Mumpton brought Re-enact back to the 18th century, giving our reporters a Cribs-esque tour through the mansion’s history-filled rooms. 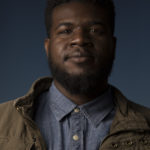 Alan Taylor Jr. is a visual journalist that was born and raised in the city of Rochester, NY. He’s currently enrolled in graduate school at the S.I. Newhouse School of Public Communications at Syracuse University and is studying Magazine, Newspaper and Online Journalism. Alan has a strong passion for graphic design, photography, videography, traveling, and storytelling. 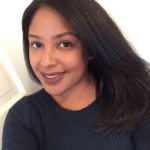