Walking through the lush green fields where British soldiers crossed into Valley Forge in December of 1777, Joe Becton, wearing the uniform of a soldier for the Continental Army, points out cannons used during the battles. Lookout points that soldiers dug by hand dot the landscape. As he walks across the field, Becton explains the significance of a black soldier named Ned Hector, who was a master of artillery and a wagoneer in Captain Courtenay’s Company of Colonel Proctor’s 3rd Pennsylvania Artillery Regiment. Becton, 65, is the co-founder of the First Rhode Island Regiment Revolutionary War re-enactors group, portraying the historic black regiment in the Continental Army and providing living history presentations and youth educational programming.

Becton considers it his mission to educate others on the roles of Africans during the Revolutionary War outside of slavery, and to change the narrative of African Americans in the 18th century. In 1979, Becton founded Becton Tours and Historical Services, offering customized tours of the National Park at Valley Forge. Each tour features specific interactive and historical themes about the city of Philadelphia based on tourists’ interests. He reminds his tour groups of the black soldiers who helped Washington win the War, even though the country they fought for and the majority of its citizens failed to see them as equals to their white compatriots. “Sometimes, we forget where we have come from,” he says. “We forget all the great heroes who were our ancestors, and we forget all of their sacrifices for our nation.”

Through research and tours, Becton works to educate 21st century Americans about what came before them. Over the last 20 years, he has found descendants of more than 100 black soldiers who contributed to the Revolutionary War. He also assisted renowned historian Charles Blockson and the Valley Forge Alumnae Chapter of Delta Sigma Theta Sorority in research that led to the creation of the Patriots of African Descent Monument in 1993. Blockson is most known for compiling the world’s largest private collection relating to people of African descent and, more recently, his contributions to the National Museum of African American History and Culture at the Smithsonian Institution. The Valley Forge monument features three African soldiers standing strong and armed with bayonets.

Becton says he’s noticed an increase in tourists who want to learn more about the American Revolution through an African-American lens. He credits basic curiosity and a desire to know the truth about parts of history that have often been ignored and silenced. “All of black history has not been found, and they’re just cutting out of the story the parts that they don’t like,” Becton says. “So yes, there is a lot more interest, there are more trips going on. This is the time.” To accommodate the increased interest, he works with contractors and vendors who offer assistance with the tours during his busy months of May through July, when he is typically booked five days a week. During his slower months he can handle clients on his own, and although he receives interest from people of different ages and races, many of his customers are European and black families.

Becton isn’t the only historian advocating for research in this field. Eugene Hough is the co-founder and executive director of Saving Hallowed Ground, a non-profit organization focused on preserving history through youth and communities. When it comes to the African-American community and parts of their history, he says it’s often lost, and, if anything, passed down verbally. “The stories and the history are there, the exposure and the narrative as it’s portrayed is lacking,” he says. “Many people don’t know that Hector Street in Conshohocken, Pennsylvania is named after Mr. [Ned] Hector. Nobody would know, but it’s true.”

Interest in black soldiers extends beyond battlefields and history tours. Messiah Rhodes, an associate producer for Viceland and host of Black Trademarked Photo Editing Software History — which features Rhodes editing historically significant black people into archival photos while explaining their contributions — recently explored the roles of black soldiers in a segment of his show. “Whoever has control of the past has control of the present,” Rhodes says. “For us to reclaim our past, it’s important for kids learning but also for adults, because most of the people that do re-enacting are grown-ass black men. They don’t have to go out there and dress up. They do it because they know how important it is.” Rhodes joined a group of black Revolutionary War re-enactors called the Sable Soldiers of the American Revolution at the Maple Grove Cemetery in Queens, New York. In an article for Vice, Rhodes explained that his participation in the re-enactment was prompted by how black people have been made invisible in history and, in particular, by the story of Crispus Attucks, a fugitive slave who led a crowd of colonists to surround a regiment of British soldiers who arrived in Boston to collect taxes. Attucks became the first casualty of the war. “The story of Crispus Attucks wasn’t available to me when I was enrolled in the New York City public school system,” writes Rhodes. “I had never encountered his story in books, and it was never taught to me in the classroom.”

Becton, a native of Philadelphia, was first introduced to history by his father, who taught the subject in the city’s school system. As he got older, he began to believe the history he was taught had been manipulated. “A lot of people view the narrative as Africans being brought here, enslaved, and tortured, that we were evil, uncivilized creatures,” he says. “The narrative of African Americans is mixed with myths and lies — that this was a war for freedom, not independence.” Those realizations served as a catalyst for him to do his own research and to begin his tour company with the goal of setting the historical record straight. But he also wanted to get out of the office and onto the street. He wanted tourists to hear his voice, the music, and the stories so his work to recover unknown black history could reach a wider audience.

For $75 an hour, Becton’s customers earn a brisk walk, a tremendous amount of history not recorded in most textbooks, and an Oscar-worthy performance. Standing in the field where Caesar Stuart, a member of a Massachusetts regiment during the Battle of Lexington and Concord, died, Becton belts excerpts from the book A Negro in the American Revolution by Benjamin Quarles: “The rebel crowd, oh what a sight, too awesome is there a figure, as yonder stands a pious white and here or there, a nigga.”

While on a tour in early June, Becton softly blows into a long silver flute, walking through the battle grounds, bringing tourists the sound of the 1770s while playing the melodies of songs like “Yankee Doodle.” He changes into a tan cotton shirt with a brown vest and a neck stock to show what a continental soldier in the early years of the Revolutionary War would wear. Whether Becton is describing the disease that killed many soldiers during that time, how the soldiers slept and ate, or the few ways black soldiers could enter the army, the passion and love he holds in his heart for black history is easily seen in his toothless smile and belly laugh.

Becton’s tour and his work as a historian and re-enactor seek to make visible the stories of the contributions made by black soldiers, and to encourage younger generations to join him in these efforts. Dariyan Kelton, 23, is an interpreter and drummer at the Old Barracks Museum in Trenton, New Jersey. He says his uncle, Fred Minus, was inspired by the 3rd Regiment of the United States Colored Troops re-enactors group (that Becton also founded) to start the 6th regiment of the United States Colored Troops. Kelton explains that if it weren’t for Becton encouraging Minus and other men to discover their history, he wouldn’t have been introduced into the re-enactment world. “Joe Becton is the reason why the regiment I started with was founded,” Kelton says. “Without Joe Becton, I wouldn’t be in the position that I’m in.”

For Kelton, educating people about the lives of African-Americans remains paramount. “A lot of people go into reading about African-Americans in the 18th century with the mindset that they’re considered almost like this subhuman,” Kelton says. “That there’s a separation between black and white. That’s not really right.” As he points out, during the 18th century, African Americans were not only slaves. Some were soldiers, businessmen, and drummers. Kelton, in fact, re-enacts a prominent figure and drummer who was seen in Boston after the French and Indian War, issuing the punishment of 25 to 100 lashes onto a white drummer for making a mistake. These stories help redefine the narrative of Africans in the 18th century that Kelton and Becton work to pass along. “I do re-enactments to teach that different narrative, run the horizon, and get people excited about going out and learning more about what we do,” Kelton says.

Looking to set up a customized tour with Joe Becton of Philadelphia complete with historic characters, clothing, and 18th century music? 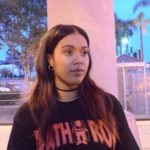