Whether Washington actually held a gun that’s now worth $2 million or whether someone recreated that firearm, the price of guns depends on authenticity. Reproductions, in fact, can sell for as much as $14,000, but typically cost around $700. But, if someone values accuracy, it’s critical that they’re aware of the differences between the types of firearms each group used, says Andrew Fagal, who earned his Ph.D. in history from Binghamton University and is now the assistant editor of The Papers of Thomas Jefferson at Princeton University. For example, a militiaman in Massachusetts would probably use a fowling piece — a bird hunting firearm with a wooden ramrod to decrease weight, making it easier to hold the gun up in the air as they were shooting. To help those who want to learn more, Re-enact offers four books recommended by Fagal and Doug Wicklund, senior curator of the National Firearms Museum in Fairfax, Virginia. These books offer information about Revolutionary War firearms that make verifying the authenticity of collectors arms and the accuracy of reproductions much easier. 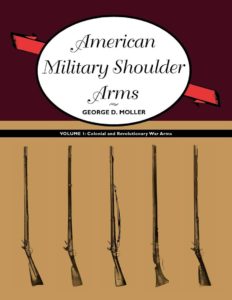 Moller broke up this guide to shoulder arms into three volumes. Wicklund says these three books would be an excellent resource for any re-enactor looking for a resource to find accurate, well-organized historical information. They are arranged chronologically, making it easy to find time-specific information quickly. They also describe everything from early colonial pre-flintlock shoulder arms to rapidly reloading rifles from the 1850s. 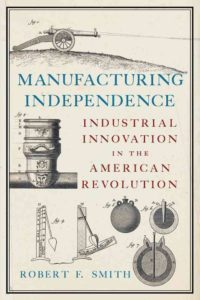 “It was really the Revolution that starts this process towards industrialization, having standardization so that everyone could have a gun that shoots the same bullet,” Fagal says. He suggests this book for anyone interested in learning more about how firearms production grew from a craft tradition to a standardized process. It can get technical, but Fagal says it is the go-to source for information about the economics of Revolutionary War firearms production. 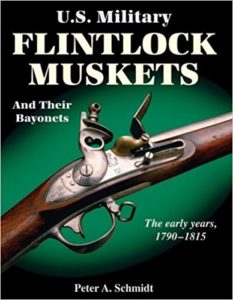 While the time period may seem a little late for Revolutionary War information, Schmidt dug through the national archives and looked at all the contracting information to figure out how many guns each manufacturer produced. Fagal says this information is invaluable for a gun collector trying to appraise a gun. He also says Schmidt “has so much specific information on what’s actually getting out there that I think that it would be a real asset for re-enactors themselves.” 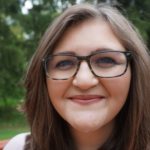