The connection between alcohol and America goes back to the country’s origin story. The Founding Fathers drank more alcohol than water, and taverns played a critical role in the nation’s birth, serving as critical outposts for conversation, strategy, comradery, accommodations, and the consumption of food and spirits. But as any modern-day traveler knows, beer tastes better served in a chilled pewter tankard on a solid oak table with a side order of history. In addition to the Old ‘76 House, these three bars serve beer and cocktails to satisfy the thirstiest of soldiers, and are as generous with their history as they are with their pours.

1. Washington’s Farewell. The Fraunces Tavern first opened its doors to the public in 1762 and served patrons for nearly 150 years, well into the early 20th century. It briefly acted as an office for the departments of foreign affairs, war, and treasury in the years immediately after the Revolution. In its early days, it was a regular meeting spot for New York’s Sons of Liberty. In 1783, Washington gave his farewell address to his officers here. Today, the restored building serves as a museum that features 18th century-era artifacts from New York City. For a drink, stop next door at the Porterhouse at Fraunces, which offers the largest selection of craft beer in the city.

2. Headquarters of the Revolution. Boston’s The Green Dragon, which was built in 1654, is the country’s oldest Revolutionary-era bar. Several patriot groups used the building’s basement, including those who planned the Boston Tea Party, and historians famously refer to it as “the headquarters of the revolution.” However, the original building was demolished in 1854. Today, even though the bar continues to market itself as “headquarters of the revolution,” it is difficult to trace what of the original establishment has survived. Now, the Green Dragon is known for its Monday comedy nights and seasonal sangria.

3. Paul Revere’s Place. The Warren Tavern is one of the most historic bars in Massachusetts. Founded in 1780, it served as a popular watering hole for many patriots like Benjamin Franklin, Paul Revere, and George Washington. The Warren Tavern has stood in the same spot since 1780 and is frequented today by tourists and locals alike for their extraordinary portion of nachos and its significance on the freedom trail. 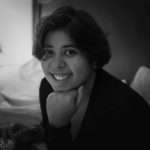