1. The Most Underrated: The Siege of Fort Mifflin | Philadelphia

The History: Fort Mifflin, originally called Fort Island Battery, is located on Mud Island (or Deep Water Island) on the Delaware River near Philadelphia International Airport. Captain John Montresor designed the fort and began building it in 1771, but funding dwindled and construction ceased until the start of the American Revolution. Continental forces completed the fort using a mixture of wooden palisades and earthen walls. Patrick Jordan, president of the Olde Fort Mifflin Historical Society (OFMHS), says the Siege of Fort Mifflin often gets left out of the history books, but that it played a pivotal role in getting General George Washington to Valley Forge. During the siege, 400 Continental soldiers held off more than 2,000 British troops and 250 ships until the British intensified their assaults on November 10, 1777, forcing the Americans to retreat. The assaults lead to the heaviest bombardment of the Revolution.

The Details: The 240th Anniversary of the Siege of Fort Mifflin takes place November 11-12 at Fort Mifflin and features about 250 re-enactors. The battles are broken up into four parts (two each day), and Jordan says he has spent several years perfecting the sequences of those events. Re-enactors also enjoy dinner and breakfast, compliments of the OFMHS.

Re-enactor P.O.V.: Jordan has organized the event for the past 25 years and says Siege Weekend is the fort’s annual flagship event, drawing crowds of about 800 visitors. “We try to show people a little bit of the history and have them understand what the fort meant,” he says.

The History: An estimated 18,000 British troops and 11,000 Continental soldiers met at Brandywine Creek in what would become one of the largest battles of the war. The one-day clash resulted in defeat for the Continental Army and allowed the British to take control of Philadelphia. General Marquis de Lafayette experienced his first combat at the Battle of Brandywine and was shot through the calf during the skirmish. A monument at Sandy Hollow stands where he was wounded.

The Details: The 240th Anniversary of the Battle of Brandywine takes place on September 16-17 at Sandy Hollow Heritage Park. In addition to the re-enactments, the two-day event is held on the site of battle and features cannons, horses, games, marching drills for kids, and meet and greets with historical personalities such as George Washington, Gen. William Howe, and Marquis de Lafayette.

Re-enactor P.O.V.: Patrick Jordan, captain of the 9th Pennsylvania Unit, and his colleague Paul Loane, captain of the 43rd Regiment of Foot, are organizing the re-enactments. The duo put on the event two years ago, and it drew more than 3,500 people on both days. They hope to exceed that number this year. “It’s going to give the public a sense of the history of 18th-century life in the military, and I think that’s what’s really gonna give more than what it gave two years ago,” Jordan says.

The History: What is now the Kershaw-Cornwallis House was commandeered as headquarters by General Charles Cornwallis during the British occupation of Camden from 1780-1781. The 47th Annual Revolutionary War Field Days will highlight the Battle of Eutaw Springs over the two days and feature more than 200 re-enactors. Erick Nason, the coordinator for the Continental Army, says that each year they devise new scenarios to avoid repetitions.

The Battle of Eutaw Springs often gets overlooked in the re-enactment community despite being one of the last major battles fought in the Southern campaign. “We wanted to try it because the actual terrain of the Kershaw-Cornwallis House where the British camped looks very similar to how the actual battle was laid out  — except we don’t have a river behind the house,” Nason says.

The Details: The event takes place November 3-5 and is the signature event for Historic Camden. Located at 222 Broad St., the Historic Camden site is a 107-acre outdoor museum complex that offers a view of life during the Revolutionary War period in Camden and Kershaw County.

Re-enactor P.O.V.: The event highlights the sutlers who sell clothing and equipment. “We have some sutlers who are more tailored to the re-enactors, selling shoes and equipment, but a lot of them also have colonial-style souvenirs. For the most part the public can come down and get hats and all these different things that seem to be a big draw,” Nason says.

The History: On October 4, 1777, the British defeated General George Washington and the Continental Army in their finest red coats and bearskins. Gen. Washington attempted to capture Philadelphia, sending 11,000 men from four units in every direction, taking the British by surprise. Almost 100 British soldiers retreated to Cliveden, the large stone mansion of Chief Justice Benjamin Chew in nearby Germantown. A thick fog filled the air as soldiers fired their weapons. Ultimately, the Americans were defeated by the British, suffering hundreds of casualties — some were wounded, and some were captured.

Despite the loss and his army’s disappointing appearance, Washington, his army, and their tactics impressed the French, contributing to the French’s decision to fight along with them the following year.

The Details: The 150th anniversary of the Battle at Germantown, held on October 6 and 7, features a presentation by General Washington and his housekeeper Elizabeth Thompson, also known as one of the forgotten women of the Revolution. Portrayed by living historian Barbara Selletti, Thompson will take visitors on a grand tour of the kitchen and campsites at the Cliveden House at 6401 Germantown Ave.

Saving Hallowed Ground (SHG), a non-profit organization that focuses on preserving American history, will perform a flag-folding ceremony, using a 20-by-30-foot flag to honor the past and present soldiers of the war with 13 folds that represent life, remembrance, and other religious principles, originated by the American Legion.

Re-enactor P.O.V.: Eugene Hough, founder of SHG, became involved in Revolutionary War re-enactments 15 years ago and anticipates a much larger audience this year than previously, due to the flag ceremony. “The battles are only part of the event — the living history, the interactions are most important,” Hough says. “Doing living history, I became immersed in this period, learning how to transcend and get involved with other units, like the British Brigade, Continental Line, and the Brigade of the American Revolution.”

The History: The Battle of Yorktown, perhaps the most famous battle in the war for colonial independence, ended the Revolutionary War with the British surrendering to their adversaries. Near the end of September, Gen. George Washington commanded 17,000 French and Continental troops to attack British General Lord Charles Cornwallis and his troops at Yorktown. Washington blocked the British from escaping Yorktown by land, while the French blocked by sea, forcing Cornwallis to surrender. This battle ultimately led to the signing of the Treaty of Paris a year later, recognizing the United States as a free nation.

The Details: On October 19, volunteer units will portray the British Royal Artillery with a special live firing of a replica cannon and demonstrations of the replica 18-pound siege guns used by the Americans at the Yorktown Battlefield at 1000 Colonial Parkway. Visitors can also enjoy a parade and other special programs. Some details for the 232nd anniversary are still being determined.

Re-enactor P.O.V.: Delaware re-enactor Marcos Salaverria attended the 225th anniversary of the battle with more than 10,000 British, American, and Hessian troops. “It was an amazing experience with so much historic sense in the air from everyone,” he says. “It’s about honoring people of the past and experiencing one small part of the trials they did to give us our freedom today.” 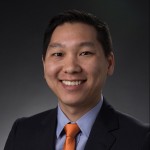