Like the kitbags and cargo packs that would follow, knapsacks served as a necessity for soldiers during the American Revolution. Revolutionary historian John Rees, author of the essay World of the Common Soldier, says that participants of this war carried basic items such as extra shirts and shoes, food, and warm clothing to face the challenges of surviving far from the comforts of home. “The soldiers carried what was necessary,” Rees says. “They were basically living outside for eight or nine months of the year.”

But these knapsacks stored more than essentials. Soldiers often toted letters from loved ones or newspaper clippings with them into battle, says Marko Zlatich, a volunteer in the Smithsonian’s military history department. Jeff Moorhead, a Revolutionary War re-enactor, adds that soldiers brought other personal items, too. “Soldiers sometimes carried a lock of a loved one’s hair,” Moorhead says. “Maybe some dice or playing cards to fight boredom.”

To see what the modern-day heirs to that tradition take with them, we asked members of the Second Pennsylvania Regiment and the 43rd of Foot, a group of Revolutionary War re-enactors, to show us what they placed in their knapsacks for the Battle of Princeton re-enactment held over Memorial Day Weekend in Princeton, New Jersey. 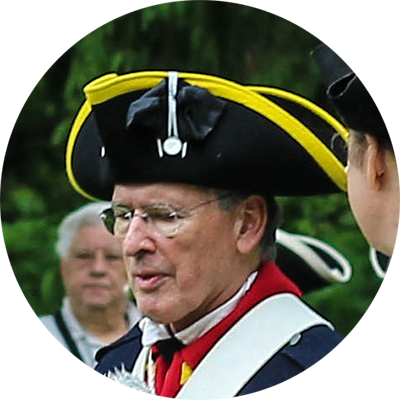 Serfass, who can actually trace his family tree back to the 16th century (his fifth great-grandfather served in the Revolutionary War), carries a bowl, cup, and other necessary accoutrements in his knapsack. He jokes that everybody accuses him of carrying alcohol in his cup, but insists that it’s only water before adding, “Rum was the beverage of the day back then. And actually, for rewards, they gave everybody rum.”

Serfass, who is 75, says that he started re-enacting when he was older. “I wish I would have started much younger, but pulling around a 700-pound cannon, because I’m in the artillery, it’s not my joy,” he says. “But usually you get the younger guys to do that.” 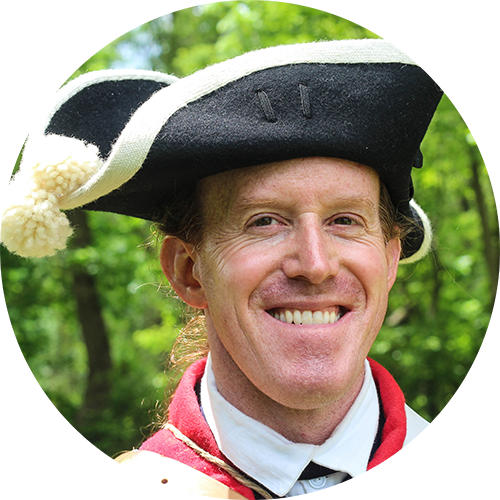 Chianese says the most important and cherished item in his knapsack is his mug: “That’s where I pour my ale, and how am I going to survive without my ale? It really is cherished because it was my grandfather’s mug. I keep that with me.” The second most important item for Chianese would be his pipe and tobacco. “That’s always good to have as well.”

This teenage musician plays the oboe and piccolo and his high school, so learning how to play the fife wasn’t too much of a stretch for him. “I just figured, why not?” he says.

“My dad does [re-enactments],” Wilson says. They started going to events together nine years ago. “There was an event near us in Germantown. We went because we had nothing else to do that day and we just joined up.” 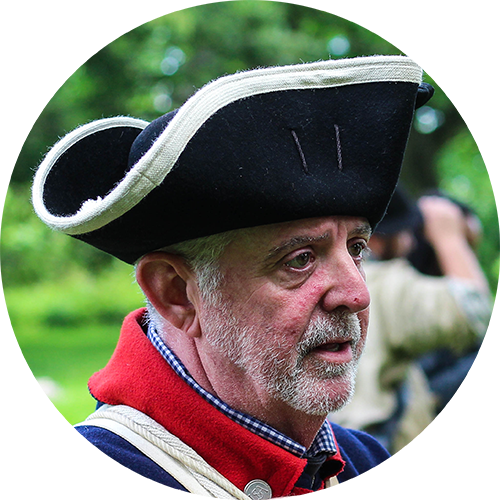 This re-enactor says Revolutionary War soldiers would have a small Bible with them, if they were religious. Ferrante says their most prized possessions, if they got bored at the camp, would be dice or cards. “They would have cockroach races and make up all different kinds of games, because they were fighting boredom,” he says. 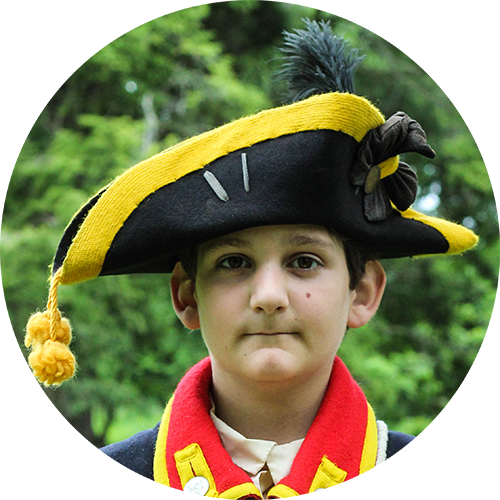 Paul Ferrante’s son, Matthew, says he would pack a blanket in his knapsack. “In really cold weather you would need a blanket to survive, and if you didn’t [have one] you would get frostbite on your feet, your hands, and fingers easily.”

He adds that, as an adolescent artilleryman, he would also care plates, knives, and a cup in his knapsack. “But a pewter cup, not lead, or you could get lead poisoning.” 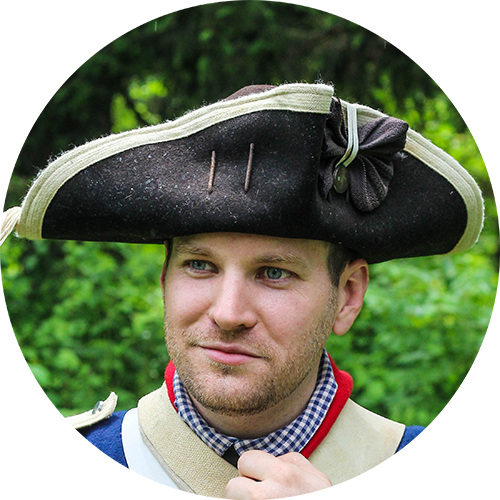 Moorhead, a sergeant in the Pennsylvania regiment, says the only main difference between his kit and that of an infantryman’s is his sword. “It’s not only a signal of his rank but it’s a practical tool that he can then use on the battlefield to either position the men in line or to defend himself and the men from the enemy,” he says.

Moorhead adds that one of the most cherished items he carries in his knapsack is a sewing kit. “When your pants split, there’s really [only you], unless you have your wife or girlfriend as a camp follower,” he says. “Needles are very hard to come by, and they’re not very easy to make.”